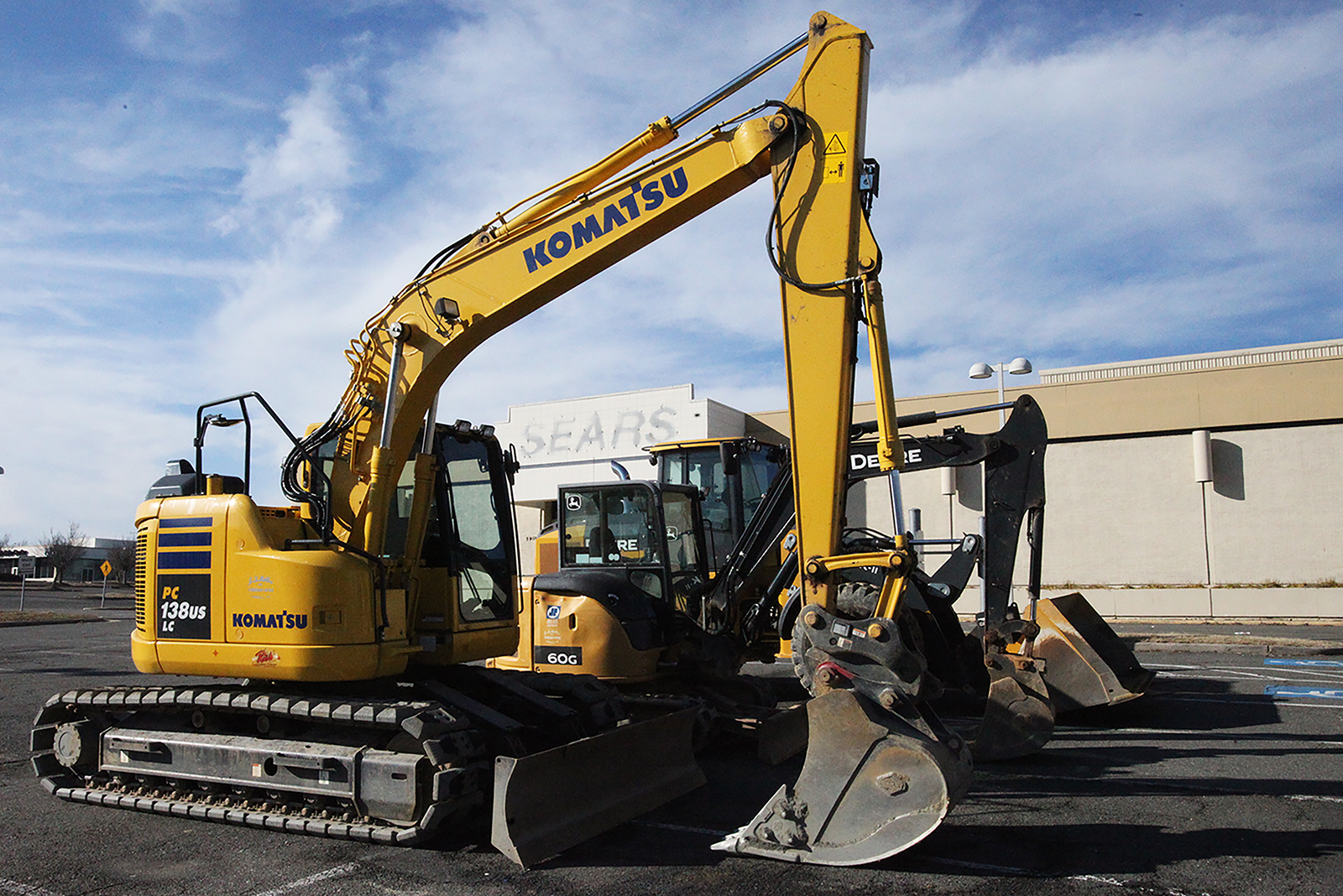 The atmosphere was “electric”! Crews began watering down the surrounding area which would soon become rubble covered with broken bricks and shattered concrete. The sturdy, decades old brick landmark stood roughly 225’ tall peering out of sight deep into the clouds as the birds nestled in and out of their semi-permanent home in the sky. Tucked into the landscape of the Chester County rolling hills of Pennsylvania. This brilliant red monument standing tall which once served asa landmark for the thriving Embreeville State Hospital campus would now meet its fate at precisely 5:00pm with the single push of a button.

It now stood with dynamite filled pores waiting for the final countdown to begin. With one click, the brilliant red smokestack would blast a loud shriek then come tumbling down in less than 30 seconds. Drones flew overhead marking their flight path at the time of the blast and excitement filled the air as the Dynamite Blasting Engineer reviewed his plan with Terra employees who quickly gathered at the scene to witness the blast.

“Move your cars, stand at this designated location and prepare your cameras by 4:45pm,” he commanded. Everyone cleared the scene quickly and as they took their spots…thunder rolled through the clouds unexpectedly. This meant a sudden change in plans as lightning abruptly followed and the new plan became…”we are going in 3 minutes!”

Apparently, lightning and dynamite do not make for a promising combination, so we had to quickly take control of the situation and speed up the plan. Our Operations Manager who has overseen this project from Day 1 was selected to pull the trigger as this was the final landmark standing on the entire historic siteafter managing a two year span of demolishing more than twenty buildings on the campus.

Adrenaline filled the spectators as anticipation grew in the crowd. Trish listened intently to the last of the chief’s instructions in a hurry which led to a final countdown and then suddenly…”FIVE, FOUR, THREE, TWO, ONE…FIRE AWAY…BOOM!” In less than 30 seconds, the plan was executed perfectly and all that remained were scattered chunks of brick everywhere which drizzled the adjacent parking lot and rested among the rolling hills of Embreeville, Pennsylvania.

Unfortunately, the drone’s flight path that was pre-planned did not go as anticipated though due to the static electricity in the air. The signal was interrupted by the lightning strike in the distance and the drone automatically returned to its receiver for safety. We captured aerial photos of before and after as the storms quickly passed and the spectators shared their personal cell phone videos with excitement as they captured the moment the blast brought the ol’ smokestack rumbling down!

“Just another day at the office…of a first class demolition company, that is!”